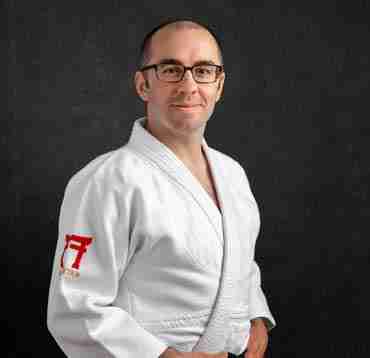 Stuart has been coaching with ProJudo from the beginning of the clubs inception back in 2000, he has been involved with ProJudo at many levels from kids, youths and adults.

Stuart is a 2nd Dan and a UKCC Level 2 coach, he has been doing Judo for more than 35 years competing in competitions through out Europe.

Stuart started out his judo life at the age of six at East Kilbride Judo club after being encouraged to try the sport by his dad. After being at the club for a couple years he entered his first competition at 26kg wining a 1st place trophy at the West of Scotland championships. Stuart says the confidence, discipline, respect and drive Judo gave him helped throughout his life and he doesn't believe he would be where he is today in his professional life without it's influence

Outside of Judo Stuart is a IT Manager at the University of Strathclyde. He is responsible for a team of developers working on the student and staff web systems. He also helps out with his wife's photography business Louise Mallan Photography