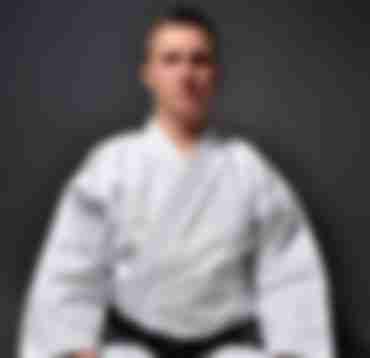 Rob started as a volunteer assisting Special Needs for Juniors and Adults back in 2015. He went on to achieve both his UKCC Level 1 and 2 coach accreditation and is now coach children at many levels. Rob has been working extremely hard towards his 1st Dan promotion and aims to qualify in May 2021. Rob prior to volunteering and coaching brought his son Bruce to the class so as well as 8 years experience himself he a wealth of knowledge in competition having supported and taken his own son to competitions.

Rob was first introduced to Judo in 1978 at school it wasn't until 2010 when he started watching Judo as a parent that he was introduced back to the sport. After several years driving his son to many competitions all over UK he decided to take the sport up himself in 2012. After 4 years of work hard and volunteering at the club Rob achieved his 1st Kyu and became a BJA Level 1 in 2017 converting this in 2019 to a UKCC Level 2 coach certificate.