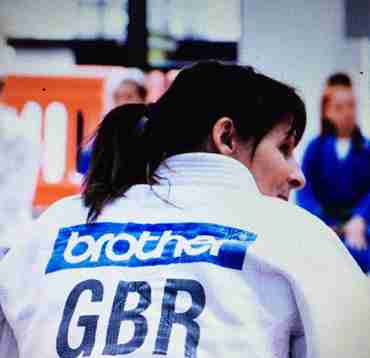 Claire Shiach (McDonald). I’ve know Brian since he was a boy I would take him and a small squad of talented young players to various judo practices in Glasgow and Edinburgh searching for quality randori. Since then we have remained good friends (as I bought him his first alcoholic beverage) and I started helping with Pro Judo around 2016.

I have enjoyed judo for 42 years, at 17 I earned my place in the Senior British Squad and from there on went on to win a host of International medals including Commonwealth and European.

I started Judo at 15 at that time I was a SCUBA diver, gymnast and a senior brown belt at Karate. After just one night at Judo, I knew immediately that it was the sport for me, I ditch all my other sports and focused one. Judo showed me the world as I had the pleasure of travelling to many different countries representing Team GB, I also made lifelong friends and still share fantastic memories with them. Judo is my second family, it has influenced my life in so many ways and for that I am grateful.

I worked for the Ministry of Defence for 20 year, then 15years as a High Performance Strength & Conditioning Coach for Sports Scotland. I became a mum at 39 at daughter is my number 1 priority.