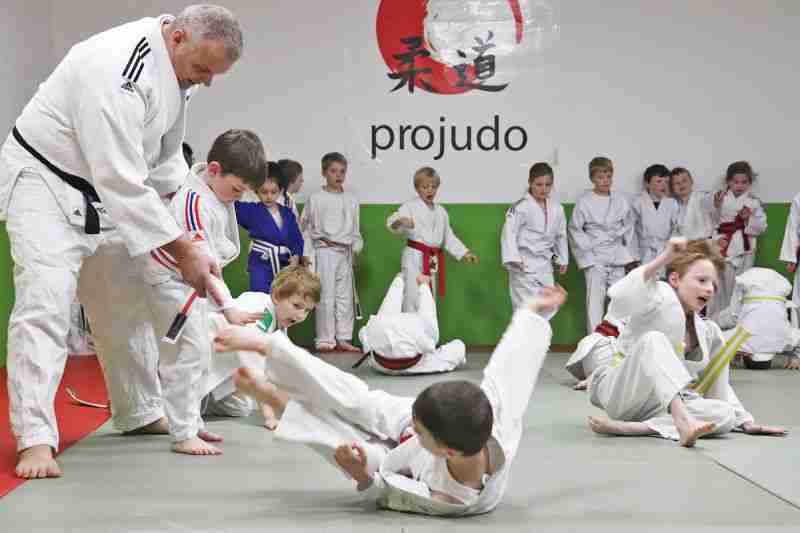 Judo training is an ideal form of physical exercise and it serves as a great cardiovascular workout, which improves stamina, general health and overall fitness. Physical strength is also improved as a direct result of trying to control and dictate the movement of the opponent and as well as enhanced power; a Judo player will also improve their flexibility. For the same reasons the balance and posture of a player will also be enhanced. Physical co-ordination can be seen to develop dramatically from participation in Judo and reflexes are also improved together with mental reaction time.

The moral benefits of Judo are a direct result of the transition from martial art to what Kano termed Do or way of life. Kano added a strict code of ethics and a humanitarian philosophy to his system. His Judo instructors and students were expected to be outstanding examples of good character and honest conduct. Combat outside of the training hall or behaviour that brought shame to the school would lead to suspension or even expulsion. Kano’s ultimate concern for the well being of both the individual and the community is reflected in his teaching methods and one of Judo’s guiding principles is mutual benefit and prosperity. Kano believed that the diligent practice of Judo should lead to the realization that one could not progress at the expense of others; only mutual prosperity offered the key to any real progress in human life. These principles still underpin the sport today and this can be seen from the respect shown between rival exponents.

Judo is an ideal sport for all ages, males or females and attracts very many disability groups. Confidence and self-esteem are enhanced as a player progresses through the ranks and the very nature of the grading system ensures that the next goal is always realistic and achievable with effort. The grading system also ensures that regardless of their skill level all Judo players can actively compete with players of similar ability and hence they have a reasonable chance of emerging victorious.

Because of the potentially dangerous nature of the sport, strict discipline is essential and great importance is placed on safety, hygiene and etiquette. Safety is controlled by the contest rules, which are constantly updated to exclude harmful actions – this allows Judo to be practiced in a spirited manner without undue risk of harm or injury. Hygiene is essential due to the close physical contact between players and Judo etiquette instils respect, modesty, politeness and general social skills on all participants.

There are even benefits in defeat as the sport lays great emphasis on discipline and self-control – it is rare indeed to see a player ungracious in defeat at any level from Club training to International competition. A handshake almost always follows the traditional courteous rei (bow) at the end of a contest and the defeated player, though perhaps disappointed with the result, remains respectful of the winner.

Judo has also been seen to actively reduce bullying, bully’s can only get away with their reigns of terror in relatively uncontrolled environments and the disciplined Dojo (training hall), removes them from their position of power. At the same time they themselves learn discipline and self control, quite often whilst losing to players who were previously a victim of their bullying, this gives them a new perspective and a newfound respect for such players.

A useful spin off from Judo training is that by its nature Judo is an ideal form of self-defence however it must be remembered that no system can ever be regarded the complete self-defence. Judo players often find that physical intervention is never needed since they are not easily intimidated and assailants frequently back down when they observe the confident, calm nature of their target. Because of its close contact Judo helps to develop a keen awareness of danger, however should the worst come to the worst and a Judoka be forced to physically defend their self it offers better self-defence training at close quarters than any other sport.